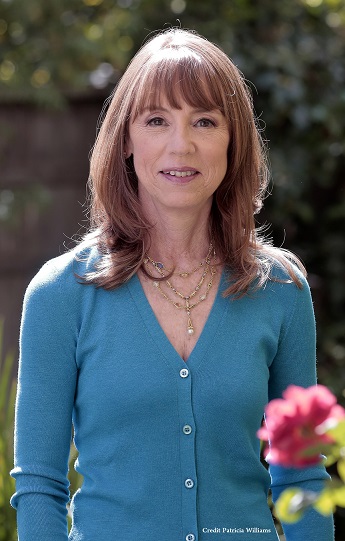 Author Lisa See discuss her book, The Tea Girl of Hummingbird Lane live on Tuesday, October 4 at 7 PM at the Helena Civic Center. This event is free and open to the public. Lisa See will sign books after the presentation. Books will be available for purchase at the event from Montana Book Co.

From #1 New York Times bestselling author Lisa See, “one of those special writers capable of delivering both poetry and plot” (The New York Times Book Review), The Tea Girl of Hummingbird Lane is a moving novel about tradition, tea farming, and the bonds between mothers and daughters.

Lisa See grew up in Los Angeles, where she spent a lot of time with her father’s family in Chinatown.  The Publishers Weekly West Coast Correspondent for thirteen years, See’s writing has appeared in Vogue, Self, and More, among other publications. She was named the National Woman of the Year by the Organization of Chinese American Women in 2001. She is also the recipient of the Chinese American Museum’s History Makers Award and the Golden Spike Award from the Chinese Historical Society of Southern California.

See is also an active member of the Los Angeles arts community, where she served as guest curator for an exhibit on the Chinese-American experience at the Autry Museum of Western Heritage, and helped develop and curate their Family Discovery Gallery, an interactive space for children and their families, along with the inaugural exhibition for the grand opening of the Chinese American Museum in Los Angeles. She is at work on a new novel entitled Lady Tan’s Circle of Women, due out in June 2023.